Writing Our Own Books 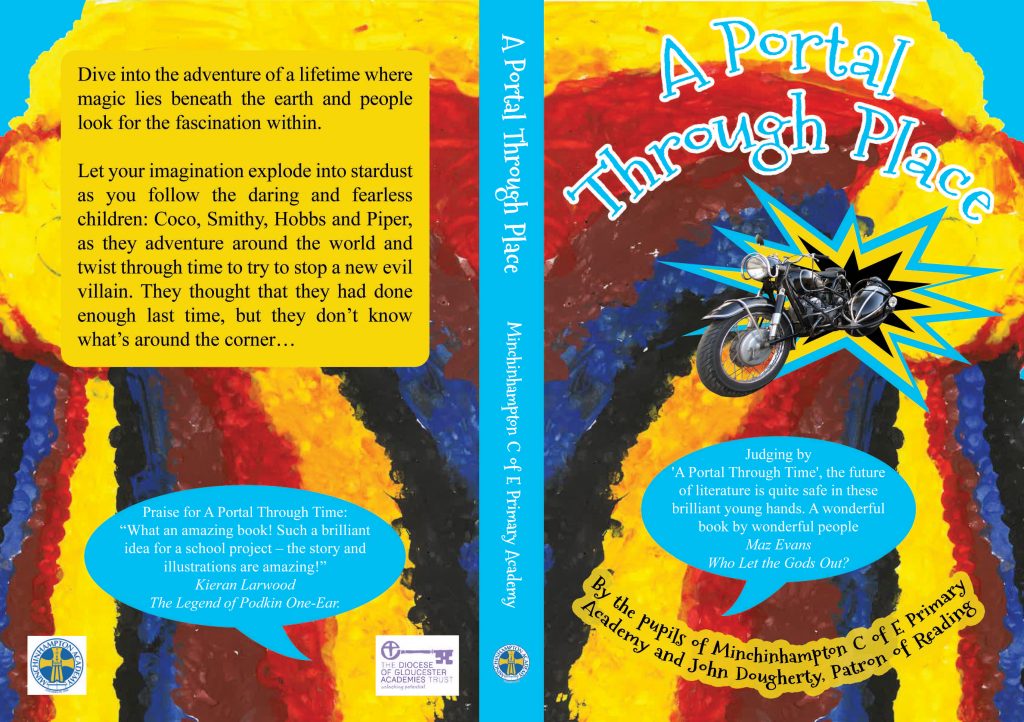 We love reading so much at Minchinhampton Academy, that the logical next step was obviously to write our own series of books! In the autumn terms of 2016 and 2018, the staff and pupils came together to take on the mammoth task of writing a book or two. Where others may have said this was impossible for a primary school, the staff took on the attitude perfectly summed up by Katherine Rundell, “Never ignore life’s possibles.” (Rooftoppers) and threw themselves into the writing process. Writing fever soon swept the building, scooping up the most reluctant writers, so that every child felt invested in the book .

For book one each class took on a period of history and transported themselves to that time. During the process, when you walked around the school, you would come across a class fighting against the Vikings or hiding from highwaymen. One class even took themselves on a walk around Minchinhampton looking for Henry VIII! When it came to book 2, classes were asked to transport themselves across the world and learn about a new country and culture. From Australia to Japan to the USA, pupils learnt about the traditions of their chosen place as well as influential artists that then later on inspired them to create artwork for the book.

The children see themselves as authors now. They have been involved in every step of the writing process: planning, writing, editing, illustrating, promoting and selling their work. Not many children aged 4-11 can say that about themselves. Our legacy of this is we have produced writers, publishers and illustrators of the future.

Children are full of ideas and possibilities. Who knows where they will take us next time!