Royal class are scientists and gymnasts.

Royal class have continued to be very busy this term and have lots to share with you!

In English we have carried on learning about Arthur and the Golden Rope. We have written diary entries as Arthur, letters to persuade him to go on an adventure and Kennings about the wolf who attacked the town. This is my Kenning about the wolf Fenrir:

In maths we’ve been doing mental addition. We have been rounding and compensating to make adding easier.  We usually do a “do it” then “twist it” and after that we do “explore its”.  Sometimes we do more “do its” if we get through them quickly. We can now add numbers like 199 and 99 to 4&3 digit numbers.

In history we did Vikings and we made Viking invasion maps.  We also finished reading our class story How to Train your Dragon which is about Vikings and of course dragons.

In PE we did balances and rolls in sequences and we performed them to the class today with our choice of backing song.

We did Art with Mrs Tonner and we did shadows and silhouettes.

In French we’re working on animals and we learnt how to tell people what pets you have.  We also learned the colours and we even learnt how to say what colours our pets are!

In music we listened to and sang three little birds by Bob Marley and played on the glockenspiels. And we also listened to other songs.

With Mr. T in Games we do netball and we find it really hard (well most of us do) We also played rob the nest – a game where you get balls from other teams by taking them and dropping them in your nest. But be careful because they can take from your nest too, that’s why it’s best to have someone try and stop the robbers.

Now and again Mr Ricketts does dictation. Some are long and some are short. In spellings we did spelling sheets about contractions and apostrophes and in Computing we animated Viking invasion maps on Scratch. Our ships now move across the map and make sounds and speak with text!  In pshe we talked about how each other might feel if you say certain things to them and we found out that everyone has an opinion.

We have been super busy this term and we’re excited for the next. But we are all very tired now(well most of us are) and looking forward to a rest! 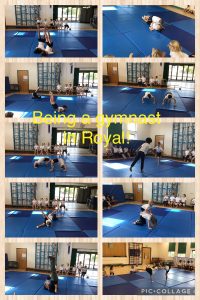