Turquoise have been out and about this week

Last week we went on a lovely trip to Slimbridge.  we didn’t get a photograph of a kingfisher but we did get a picture of us seeing one for the first time!
This week we have been learning more about the human circulatory system in science, presenting data in climate graphs for geography and doing some magic in maths.  Here are some reports written by the children:

In Geography we have been looking at rainforests and climate.  We are comparing our climate, in Minchinhampton, to other places in the tropics.

To get the data to record the climate we needed a team of field-workers.  One person from every 5 / 6 class was chosen.  They had a rain gauge that collected rain and gave the results  in millimeters;  they also had a few temperature guns (which weren’t always accurate);  they had a mini windmill that measured the speed of the wind (we did not use this wind speed data because it was not quite accurate enough).  Robin Lanyon, one of the meteorologists, gave us this information.  We recorded the data in a line graph and bar graph combined called a climate graph.

We compared our climate to places around the tropics like:

Manaus in Brazil, Sumatra in Indonesia,  Kinshasa in the Democratic Republic of Congo.  Our climate is different to theirs because we have seasons whereas they have a wet season and a rainy season.  Their temperature is more constant where our temperature varies.

In maths, turquoise class has been learning magic algebra! We have been doing mostly trial and error to work out how Colin and Coco (a moose and parrot who have something wrong in their heads causing them to be rubbish at maths) can tell what your card, domino or number is! We have then been doing it ourselves with our talk-partners.

These are the instructions we followed but with multiple cards:

Can you spot a pattern?  How can you guess the card from the total?

If you really don’t know, here are the the answers:

On Friday the 15th the whole of year five and six took a trip to slimbridge. We took a tour around it and looked at all the amazing birds, went to a workshop, Toad Hall, the tower – which you look out of and see all of Slimbridge –  and even a kingfisher hide!

When we set off, we walked along a bridge where the swans were and halfway through there was a gate. We went through it and  we were on an island with swans! We were up close but kept our distance. We even saw them walking on the water!

When we went around the tour we saw ducks, geese, geeselings, flamingos, swans, moorhens and more. My favorite part of the tour was when we went to see the otter because we saw it really up close!

We stopped and had a snack at the outdoor cinema where we saw how Slimbridge had saved a rare species of duck. It was really fascinating because we saw how they were rescued. We also went to this place and there were some nenes and even nene chicks! Their enclosure was a really nice Hawaiian golf course style!

After having a snack, we headed over to the workshop. At the workshop we got to hold a real wing from a bird and their feet. We were told the birds we were holding had died of old age so they weren’t killed for the workshop. I also learned that a swan has 25,000 feathers and it takes them six hours to clean them all! When we held a feather we noticed the bristles were the same as a zip. We unzipped it and re-zipped it. We found out that swans put an oily liquid on themself so that they don’t get wet when hunting or feeding underwater. We tested it by getting a feather and putting water on it. It wasn’t wet underneath!

Afterwards, we went to the Toad Hall and saw a White’s tree frog, golden Mantella aurantica, axolotl, african clawed frog, poison dart frogs, amazon milk frogs and loads of types of newts. We didn’t stay for long because we had to go and have lunch.

As we say, save the best till last. Well for some people. The tower… we all went up the big windy stairs where some people got scared of frights which were me and some others.

But at the top we could see a bird’s eye view but not the kingfishers. We saw the swans, flamingo’s, otters, everything we had seen. It was really cool but getting down the stairs wasn’t.

What do I think about the trip?

My favorite part of the trip was the tour and the kingfishers. I thought that it was the best trip that we have had because we saw a lot of fascinating things along the way. It was a nice talking to your teachers and friends because everyone was having so much fun walking and talking.  It felt so nice just looking at all of the birds because everyone was working together and working with you, including you. I think everyone’s worst part was hopping on the coach back to school because we had such an excellent time. It was my favourite school trip. 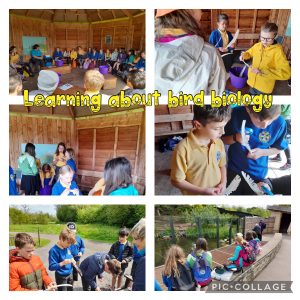 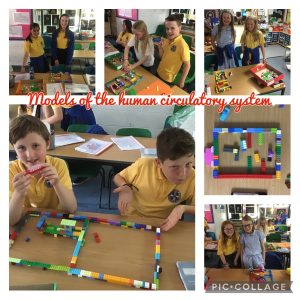 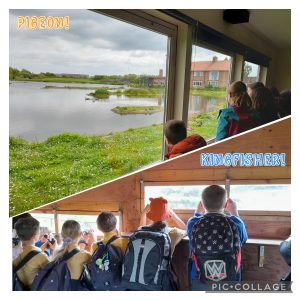 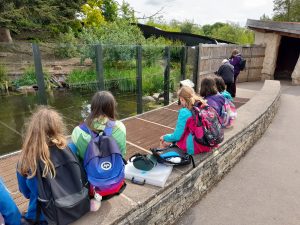 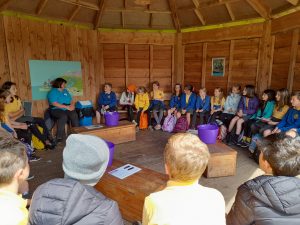