Our Year 5/6 production, Star Warts, was a success! With Daft Ada and her crew saving the universe from the umpire and his racketeers! Performing it was really fun because we were involved a lot on stage! We were Racketeers: Borg and Becker. We performed it to all the school bubbles outside on the field!  Each of our songs had incredible dances. The school loved it. Doing it outside was harder because we didn’t have all of the stage put out. So when 45 of us had to fit on the stage, it was a bit of a squash! 🙁   Star Warts was the best play we’ve done! 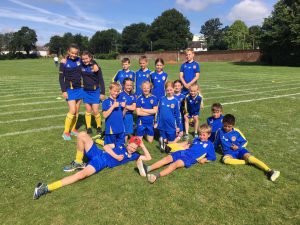 This week we went to district sports. It is a competition where you select the fastest people from each year, 2 girls and 2 boys, then they race the top people from their year in other schools. We did relays and sprints there were heats then a final.

First up were the sprints. Everyone on the team was able to participate in the finals as we all came in the top 3. Each of us was given a little white sticker to show they were into the finals.

Next up was relays. Relays are when all of the years from each school group up to make one big race. They did year 3/4 girls in a relay and 3/4 boys in a relay then year 5/6 girls, then boys then they did year groups.

Then it was finals. The top 3 people from the final race stood up in front of everyone and they got a round of applause from everyone. A lot of people from our team came in the top 3 for example: Millie,Dolci,Sam, Alex, Jessica and Lauren. We all did extremely well but they managed to get in the top 3. We are very proud to announce that we were in the districts representing Minchinhampton Primary Academy. 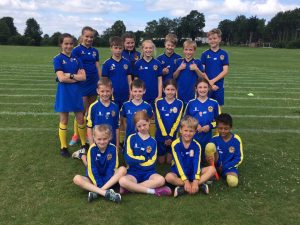