We’ve also been learning more about WW2: better equality for women and rationing (see the picture of some pupils measuring quantities in pounds and ounces for WW2 ration recipes).

Following our sex and relationships lessons last week, Lyra took the opportunity to talk to all her fellow year 5 and 6 pupils about Pride (see pictures).  “I wanted to do an assembly and history lesson for equality everywhere, starting at Minch School.” She is also going to do a history lesson about the lives of Freddie Mercury and Elton John. (School blog to follow…)

For the end of our WW2 history we are going to have a VE Day party next week – re-create ‘Hero Street’ where the people of Minchinhampton partied 75 years ago. We will bake WW2 rock cakes for it, perform a huge Lindy Hop / In the Mood dance, and each class will perform a song from that time. Turquoise class will sing Show me the Way to Go Home. Here is a link to a video of Turquoise class rehearsing. It’s a mixture of barely-audible and sounding like football fans hollering at Wembley (but it’s meant to represent people in an air raid shelter followed by the joy of the end of the war). A work in progress… 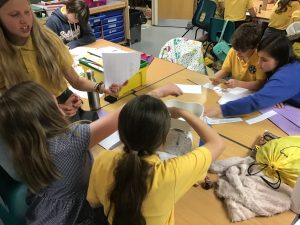 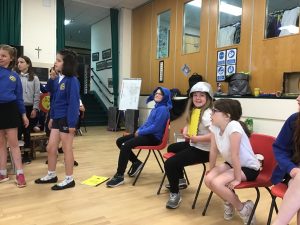 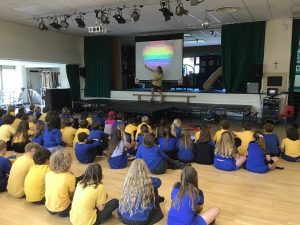