Royal Class campaigning for the world

This week in Royal class, we have been creative whilst stencilling and making posters about the environment. We used stippling brushes to create our pictures. I liked placing the stencils in different places and the detailed butterfly that Evie created. The whale that Sophie and Ran made was simple and effective.

We were lucky enough to talk to Ali from the Marine Conservation Society. He told us loads of facts about sea life and how we can save the environment. We learned that our ocean heroes are maerl, kelp and seagrass. Maerl is and algae that is easy to break because it is unusually hard. It uses limestone to make itself hard.

When we walked into the classroom on Monday, it was a surprise to see that the chairs had quit! We had to stand up or sit on the floor for the whole day. We had to write a letter with persuasive words and sentences to convince them to come back.

We have been researching the plastic pollution of lots of companies, including Lego and Tesco. We were shocked to see how much plastic they were using like wrappers for fruit and vegetables and magazines. Lego uses lots of plastic bags for each small packet of Lego! We are going to write a letter to them to persuade them not to use so much plastic. Hopefully we will get letters back! 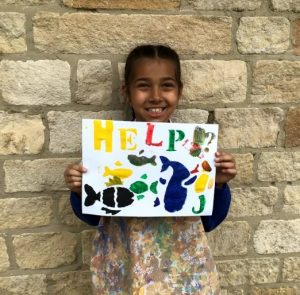 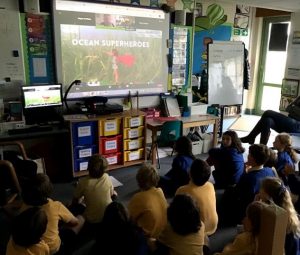 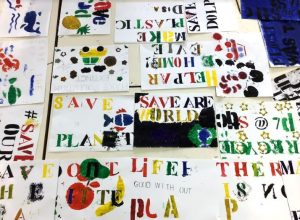 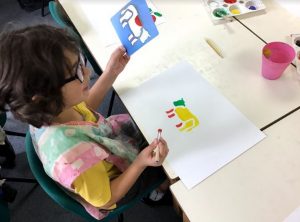