The sock wabbits were really fun to make.  They are really fluffy and cuddly.  Sewing the eyes was challenging – I had to redo one because it was hanging off.  After we made sock wabbits, we can make a sock creature.  These take longer because they have more parts to them (they are like a sock wabbit but with a tail, arms and legs).  Ben C

On Tuesday we found out our roles for the year 6 production: Star Warts.  I am Becker (a racketeer).  I am really hopeful that Star Warts will be successful.  There are 9 songs and a whole bunch of laughs.  The Year 5s will be singing.  Toby

We have been learning about statistics, data and averages.  We have been collecting data to resolve an enquiry.  We all chose our own enquiries.  Ours is: can taller people jump further?  I enjoyed doing the test because we got to do some active things in our maths lesson.  We are going to put our results onto a scatter graph but at the moment it seems like taller people do jump further – maybe because they have longer legs.  Dolci

The Door Project from Stroud have been coming to work with Year 6 every Tuesday.  This is for leavers – to prepare us for secondary school and help us not to worry.  We played a game where you had sides A and B and you had to choose which side to go to answer questions.  Some of the questions began: would you rather…?  The Door also told us about their youth club.  Devon

A police officer came in to speak to year 6 about internet safety and how to keep safe when using the internet.  He gave us a made up example of a girl who had loads of friends on a social media site but she didn’t really know them.  He was naming a lot of games and their PEGI rating and telling us what games were safe for our age group.  Olivia & Max

Today we played with space hoppers.  We did multiple races on them and it got really competitive.  To go the fastest, you want to launch yourself as you hit the ground.  We also did half a lap around the track on space hoppers and lots of people said their legs ached!  Torin

We are reading Goodnight Mr Tom and have also watched part of the film.  The book is really well written and it is portrayed well in the film although it does miss some parts out.  I liked writing a diary entry in role as the teacher.  Here is my opening (it’s the day that the teacher’s husband goes to war): Diary.  You’ll notice I didn’t say, ‘Dear Diary’ today.  That’s because I honestly really don’t feel in the mood for calling anyone dear (apart from my husband).  Soon, I may never get to say that word to him again.  Oh Lord.  Robin 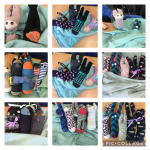 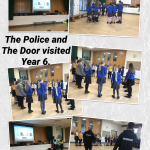 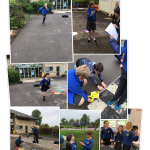