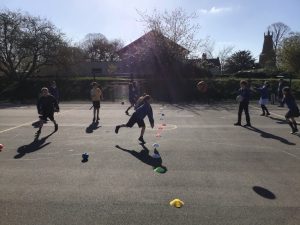 We have all settled back into school really well this week and have been finding out about what we will be learning this summer.  We have enjoyed doing exercise every morning and have played games like Jedi dodgeball, ball tag, cross the golden river and rolling ball. 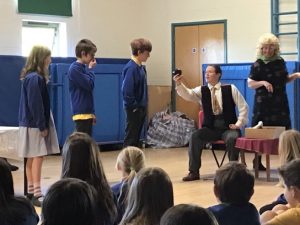 We have started reading Goodnight Mister Tom which links to our topic work on The 2nd World War. On Thursday ( 22nd April ) we had some visitors giving us a performance based on WW2. This performance showed what it was like in 1945, including being evacuated, leaving your parents/loved ones and having your life changed completely. The actors were amazing and told a great story, they used lots of realistic props that people in WW2 scenarios would use. 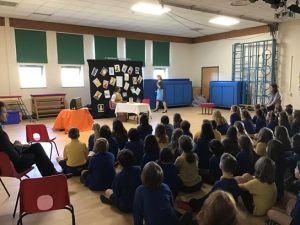 In English and Reading we are studying the book Goodnight Mister Tom, this book is related to WW2, we have only read a few chapters so far but a lot has happened. Willie ( the young boy ) has fled from his home in London and has been sent to the country to live with Mister Tom. Willie hasn’t had the best start to life considering his mum is strict, religious and very spiteful. We drew a setting for Tom’s house, or just what we imagined that we would see if we visited Tom.

Here are some of our pictures below! 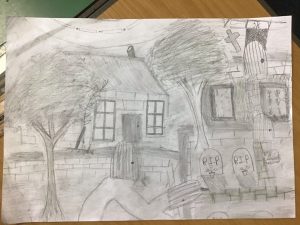 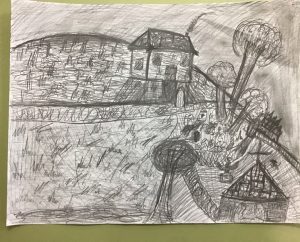 Another topic we have been doing is science.  In science we have been learning about flower reproduction, we drew a diagram and wrote facts about the male and female parts of a flower. We named and labelled parts of the flower including the anther, filament and so on. 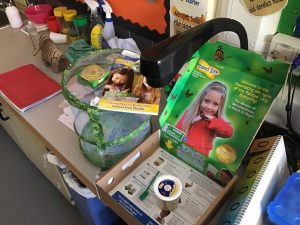 We have also started looking at the life cycle of a butterfly and have unpacked our butterfly growing kit. They’re just small caterpillars right now but they’ll soon become bigger!

In PE with Mr Tovey we did athletics, this consisted of sprinting, hurdles, long distance running and cones, cones is basically just running between cones that are diagonally going upwards. We then had to get into groups of seven or eight ( if you were in a group of seven one participant would have to run a second time ) we then took turns in groups participating in these events. PE this week was super fun, it took a lot of teamwork and effort and in the end it was worth it!

We’ve recently just found out what we are doing for the 5/6 production!! I and many others are so excited to see what Mr Ricketts has in store for us in the last summer term!