As much as possible we would like the children to embrace historical learning, to know what it is to be a historian; to explore evidence and artefacts.

One of the ways we use to engage the children in the topic and elicit what they know is through an ‘immersion event.’ Here are Konrad and Sophia in Year 5/6 describing one such event: 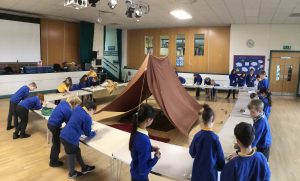 ‘Year 5/6 walked into the hall this week to find what looked like an Antarctic campsite. In the middle of the hall was an old, canvas tent and all around were tables cluttered with replicas of artefacts from Shackleton’s expedition. There was a rock which was intriguing. It was from Mount Everest and they took it with them on their expedition as the ‘Rock of Hope.’ Along with the Tibetan prayer flags it was meant to keep their hopes up. There was a massive metal water bottle which Percy the stowaway used to fill up with chunks of ice to then crush and melt and turn to water. There was a pump for blowing up the air beds. It smelt really musky. The canvas of the tent also smelt bad and old. There was a fold up lantern that was probably really useful because it would have been so dark at night and always someone had to be on night duty. They had to keep watch for animals and kill them for meat if they saw them. The men got extra food if they were on night duty.’ 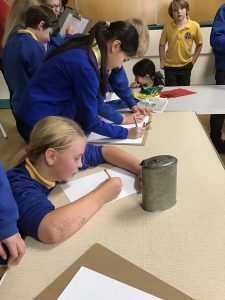 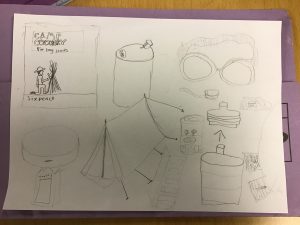 ‘I think it’s really interesting to learn about all this stuff and it really brings it to life to have all the artefacts laid out in front of us. We are writing diary entries in English and this experience helps us to imagine what life would have been like. Doing history this way is really exciting. It helps us to know what it is to ‘do’ history. The replicas got us thinking about what they had these things for and how they would have used them- it makes it real. When you look back, you realise how hard it would have been for them.’